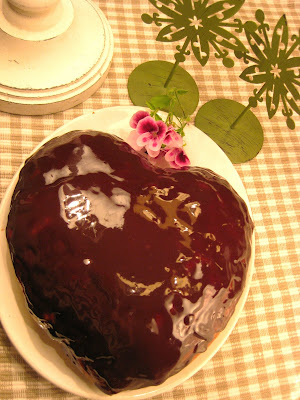 When I was a child, my grandfather used to pick me up at school and he used to bring me a brioche as an afternoon snack. He was a baker. I remember the shape of the brioche he used to to for his grandchildren. It was a snail. I have not been able to find it anywhere, so I decided to do it myself.
I did not find the recipe, so I decide to check it and I find some information in "La cuina per llaminers" with a useful video of the chef Richard Bertinet (have a look at the video).
Instead of a cake, I decided to do different shapes (between 6-8), like my grandfather used to do for me.
The word brioche first appeared in writing in 1404, and this bread is believed to have sprung from a traditional Norman recipe. It is argued that brioche is probably of a Roman origin, but everybody agrees that French made this very popular. As you know Barcelona is close to the border with France (just less than 2 hours driving), so we have some fluent feedback from their excellent cuisine.

There is a famous sentence mis-attributed to Queen Marie-Antoinette, wife of Louis XVI, with regard to peasants who had no bread. When she was told about it, she pronounced "Qu'ils mangent de la brioche", commonly inaccurately translated as "Let them eat cake"...so it would be better translated as "So, eat brioche".
For this recipe I used fast action dried yeast (Tesco) instead of fresh yeast (bakery) that I have been used lately. This comes with a sachet of 7 gr. you can use fresh yeast anyway but you will have to use the double, so 14 gr instead  (have a look at the yeast post for more info). My English teacher got me these two yeasts from London. Thank you John!! 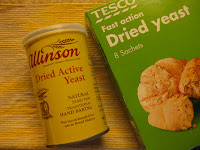 
Let´s start!
I used granulated dry yeast and I add some water (just 4 tablespoons). You have to take into account that if you add water here you have to reduce the amount of milk, so we want the same liquid at the end.
First of all, heat the milk until it is around 37ºC (98,6 F). Don´t let it boil, we just want it warm.
In a large bowl, mix the flour and the yeast. With your fingertips rub the flour with yeast until it forms lumps.
Add the butter, sugar, salt, eggs and the warm milk.
With the help of a scraper, mix all ingredients until it forms an homogeneous mass (and very sticky).
Then start to work the dough on a surface without flour if possible.
Then we proceed to knead. Have a look at the video, but the idea is to catch the air while you are kneading.. Repeat with your hands the process for about 10-15 minutes until the dough does not stick to the table. (It can take more time, it is not easy)
When you have the sweet dough kneaded, keep it at room temperature inside a bowl with some flour and cover it with a damp dishtowel or tea towel.
When it reaches its double volume (about 1 hour and a half later), then you divide it into 6-8 equal portions. If you want to add a little chocolate in the middle, just flatten each portion of dough and place some pieces of chocolate and then close it and form the shape you feel like. In my case some snails, one heart and other shapes like a plait or a braid.
Let them stand in two trays (they will grow so let some space in-between) on a non sticky paper for the oven until they double in volume (at least half an hour more at room temperature)
Then paint them with a beaten egg.
Cook in the oven preheated at 180 ºC (350 º F) for approximately 25-30 minutes until it is blond.
You can put some melted chocolate at the surface for decoration too.
It is really worth it, it is delicious...and so soft! 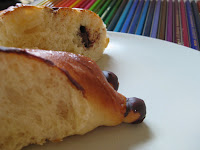 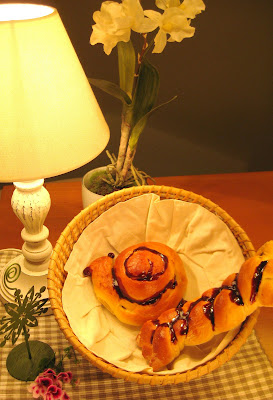